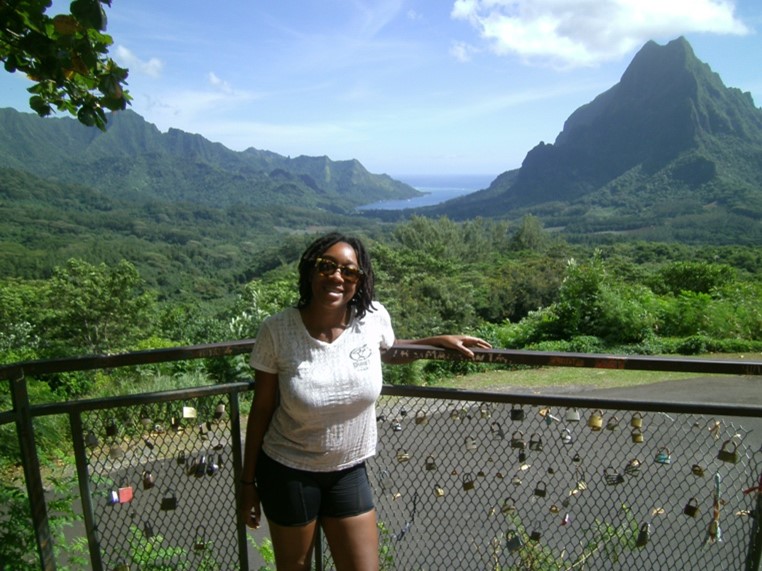 Favorite Publication: Gaynus (2020) A message from the Black Woman in the Room

Camille is a Postdoctoral fellow at the University of Pennsylvania. Her research focuses on the factors that promote algal growth in coral reefs. She currently uses metabarcoding to assess how algal diversity changes over a gradient of reefs.

Don’t let the past scare or intimidate you, as Evie Stockley said, “Those who cannot forget the past are destined to remix it” 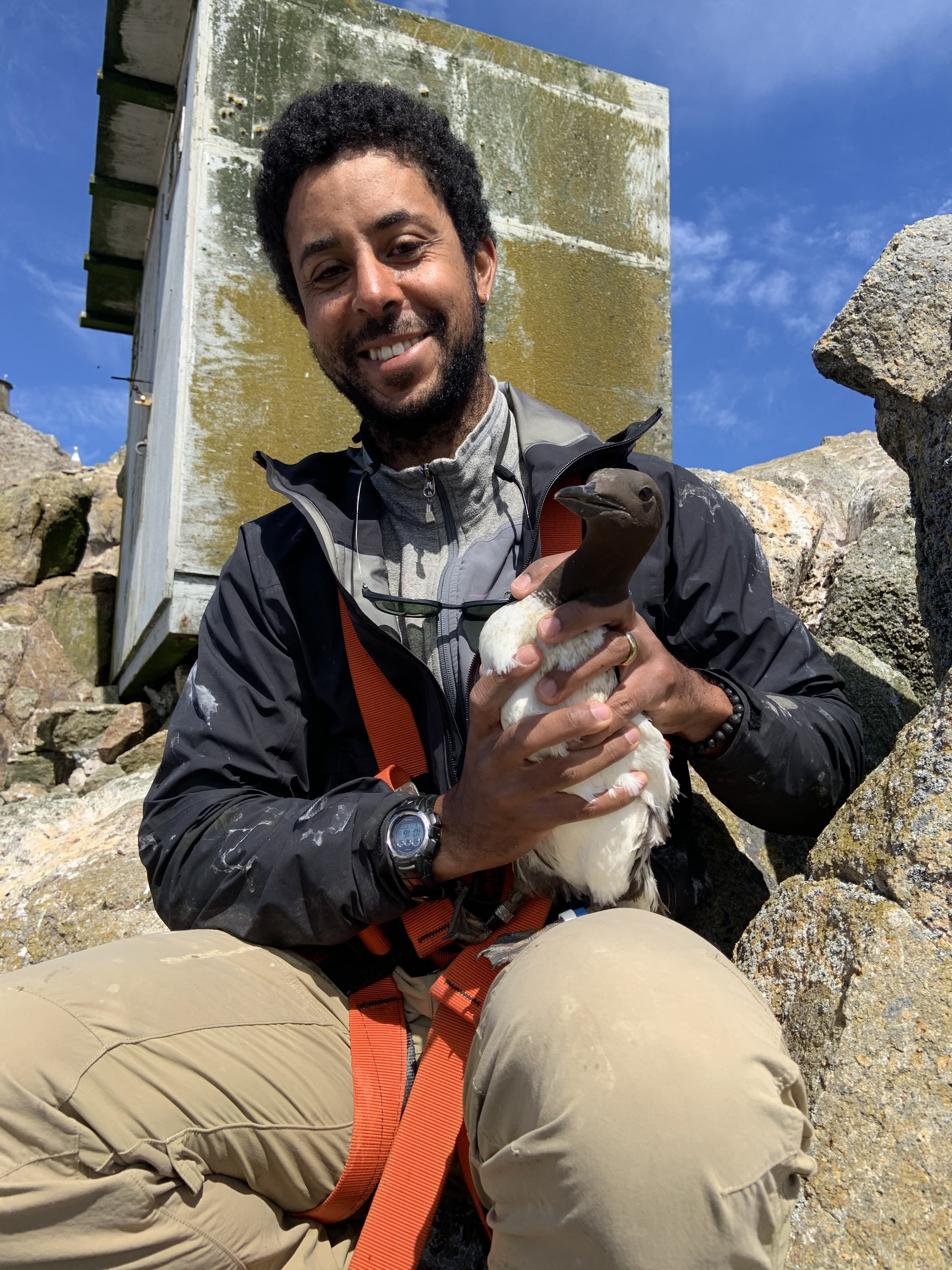 Sean Gee (He/him) is a MSc student at San José State University who studies how seabirds adjust their foraging behavior in response changes in energetic demands and oceanic conditions.

"You all are amazing and fill my heart with joy. Let's continue to show the world that Black marine scientists are just as curious, just as driven, and just as capable as others in our field." 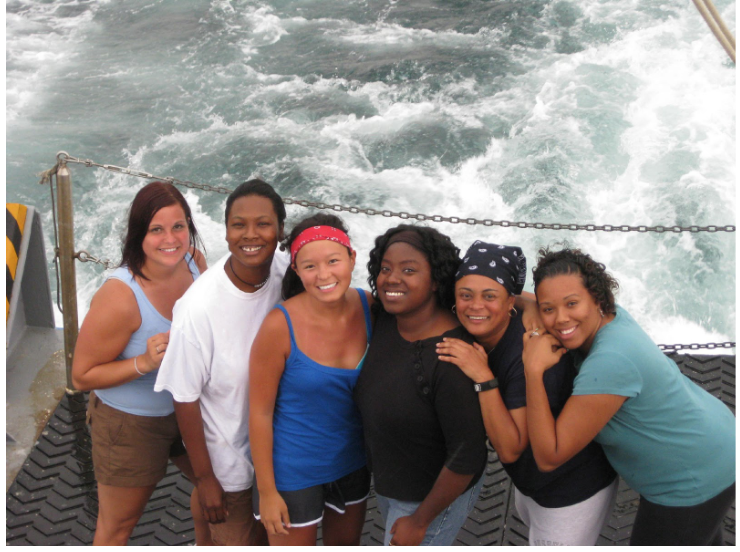 Dr. Deidre Gibson is the Chair of the Department of Marine and Environmental Science at Hampton University. She earned her B.S. in Oceanography from the University of Washington, Ph.D. in Marine Science from the University of Georgia/Skidaway Institute of Oceanography. She is a broadly trained biological oceanographer with research interests centered on the trophic ecology, reproductive biology, and population dynamics of zooplankton, but more specifically, gelatinous zooplankton, and currently oyster restoration. While at Hampton University, she has served as PI on several NSF and NOAA grants that continue to train the next generation of African American marine scientists.

"The field of Marine Science provides many varied experiences, take the blinders off and explore. You never know where you will end, but the journey will be amazing." 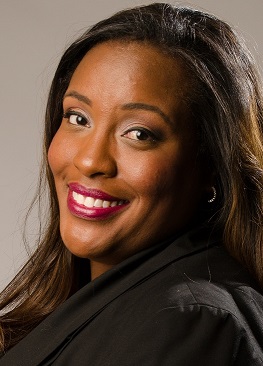 Treda Grayson is an Environmental Protection Specialist in the Office of Water Office of Wetlands, Oceans and Watersheds at US EPA Headquarters.  She is the Program Manager for the Deepwater Horizon (DWH) National Resource Damage Assessment (NRDA) program, which supports and carries out EPA’s Trustee responsibilities for restoration in the Gulf of Mexico following the 2010 Deepwater Horizon Oil Spill. Prior positions at EPA included supporting tribes in developing environmental capacity through the administration of the Indian Environmental General Assistance (GAP), leading the National Coastal Condition Assessment, and providing technical support to states, tribes, and other entities to develop and adopt biological, nutrient and aquatic life criteria for water quality standards development.

Treda is heavily involved with the Coastal and Estuarine Research Federation (CERF) and serves as the Co-Chair of CERF’s Broadening Participation Council. She is the current Program Co-Chair for the Atlantic Estuarine Research Society (AERS); past AERS positions include Past President, Treasurer, and Membership Chair). She is a 2009 Environmental Leadership Program Senior Fellow, a 2015 Prince Georges County 40 Under 40 Honoree in Science and Engineering, a Director of the Coastal Carolina University Alumni Board, and a member of the Psi Epsilon Omega Chapter of Alpha Kappa Alpha Sorority, Incorporated. 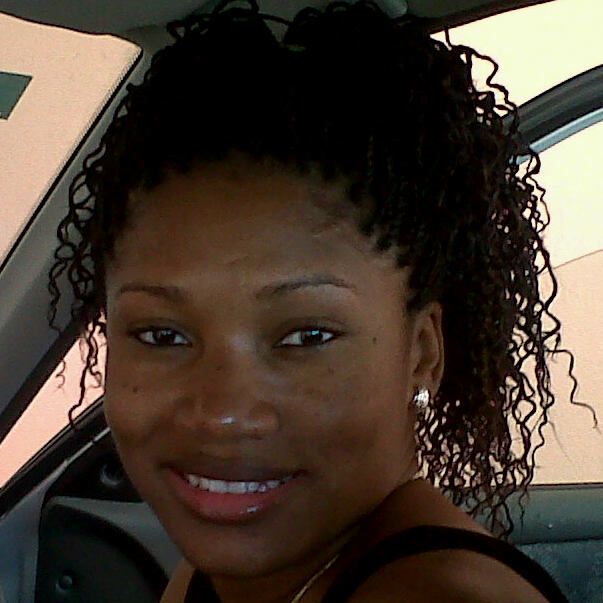 Favorite Publication: Gumbs, K. (2012) An Examination of changes or trends in key health indicators on critical habitats around Anguilla, BWI

"As a child my grandfather and grandmother were both fishers. They played a major role in raising me and introducing me to the sea, fish and fishing. As a young high school teen, I enrolled in the Job training program and signed up to be placed at the Department of Fisheries and Marine Resources, more than 20 years later I am still here. I have been the Director of Fisheries since 2014, leading a dynamic team in achieving coastal resilience, species protection and public education and sensitization. I do not have a favorite quote, but, I am a strong believer in education and stewardship being the most effective tools for environmental protection." 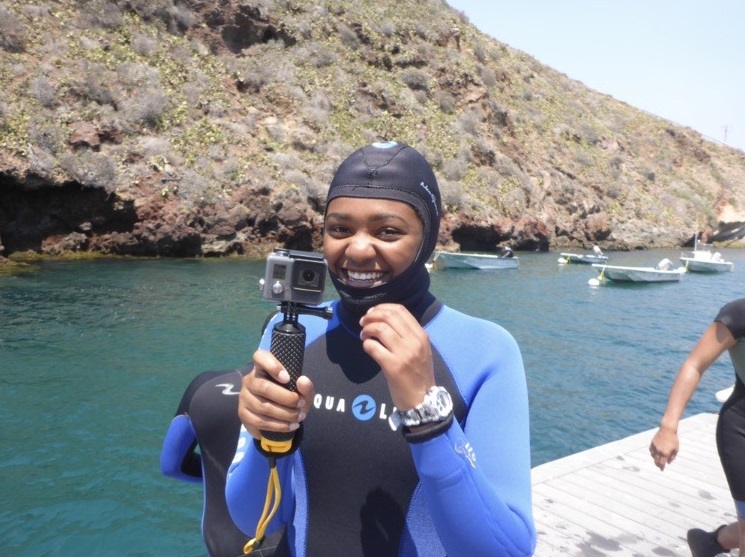 "Don’t allow for stereotypes to overpower your passion. Black people are found striving in every and any field. Saving our planet is just one of many areas we are happy to thrive in." 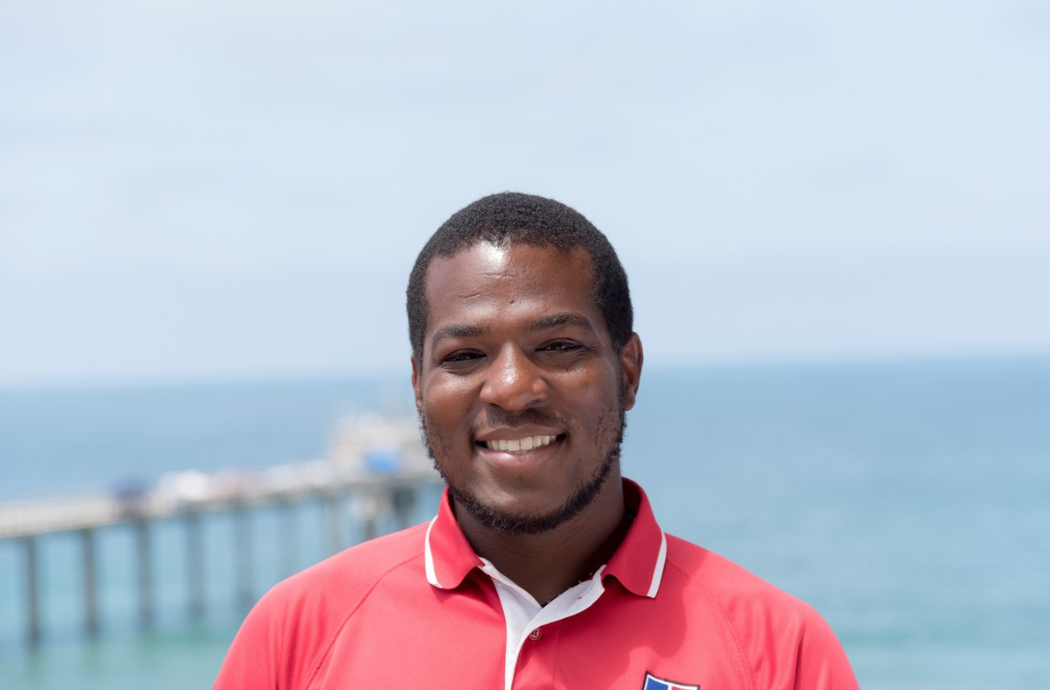 "I don't work, I spend everyday learning something new about my passion and all that it does for us. We need more scientists like you so that we may have a bountiful ocean in the future." 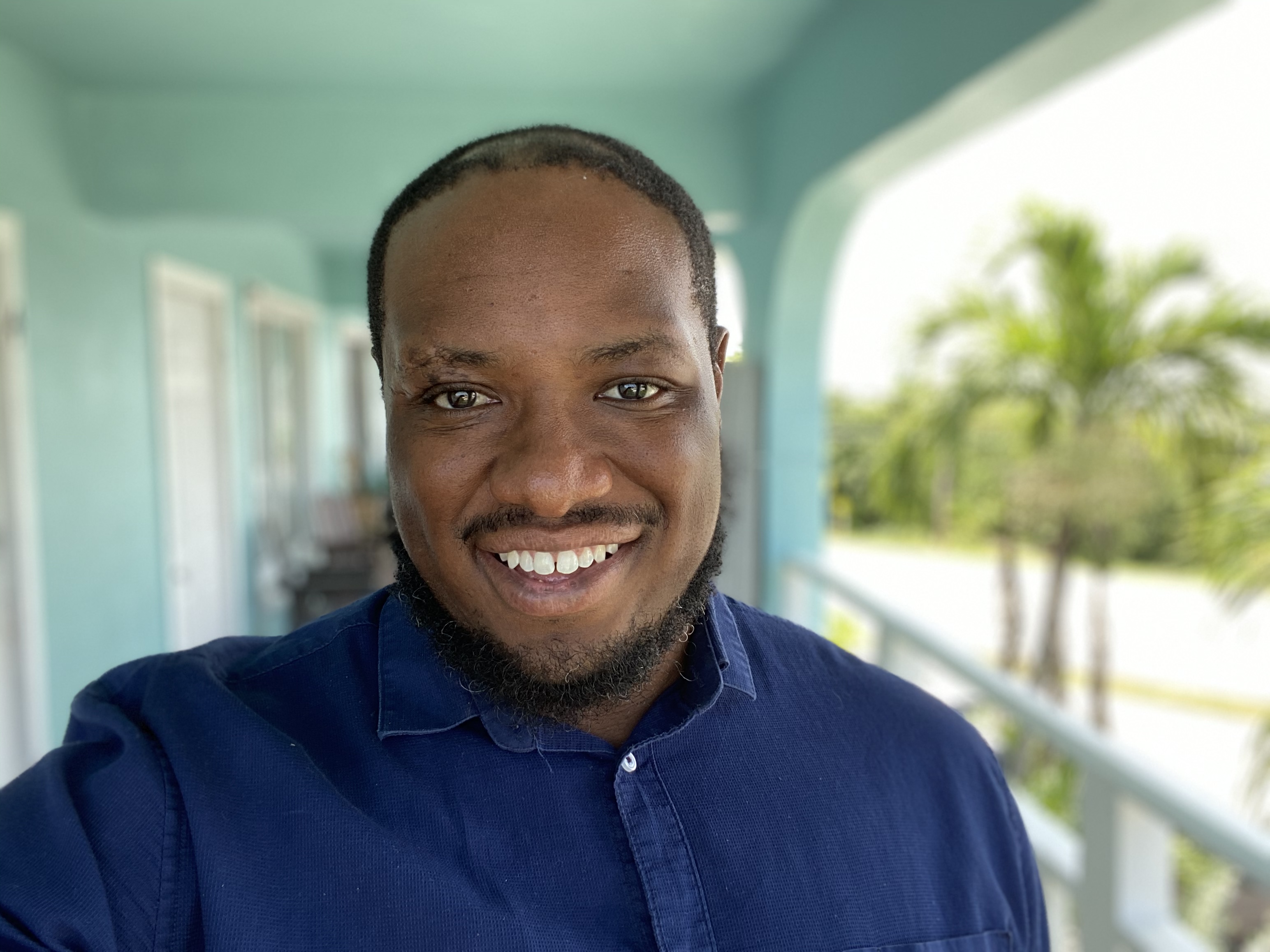 Favorite Publication: Willis et al. (2006) The role of hybridization in the Evolution of Reef Corals.

Colin Howe (he/him/his) is a tropical marine ecologist, primarily focused on Caribbean corals. Colin has studied, lived, and worked in the Florida Keys, Bonaire, and US Virgin Islands. With both parents from the Caribbean, Colin’s passion for marine science stems not only from a fascination with the ocean, but also a cultural connection to the Caribbean. Colin has recently joined Dr. Medina’s lab at Penn State University to pursue a Ph.D. in coral microbiology. His Ph.D. will focus on the coral microbiome and how endosymbionts and endolithic algal communities influence coral physiology.

"Decide not to be a slave to your limitations, but rather choose to be the master of your own possibilities." - Josette Howe (aka Mom) 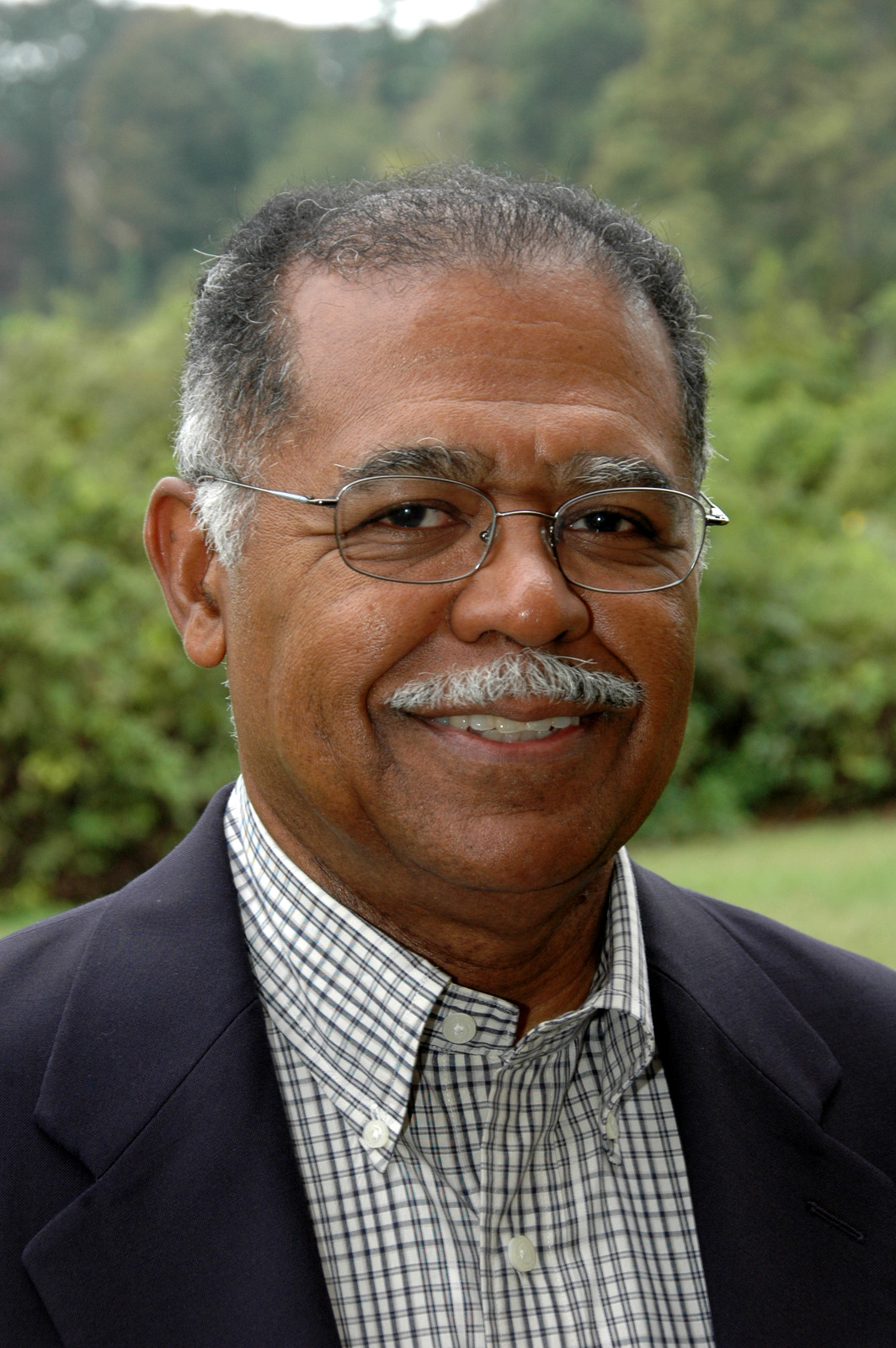 Dr. Jearld worked as a fisheries biologist with NOAA for almost 40 years and currently has a lecture series named after him in Woods Hole, Massachusetts that echoes his path-forging work to improve diversity, equity and inclusion in fisheries science. 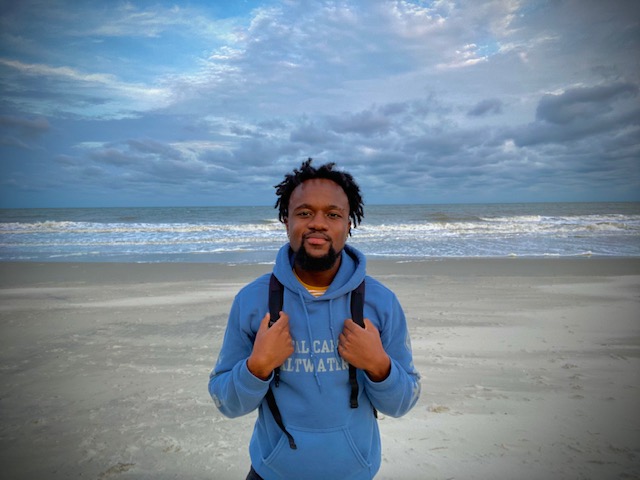 " Continue to strive for your aspirations in the marine science field. While you are diversifying the science realm with your own background, you are also opening up doors for other underrepresented individuals." 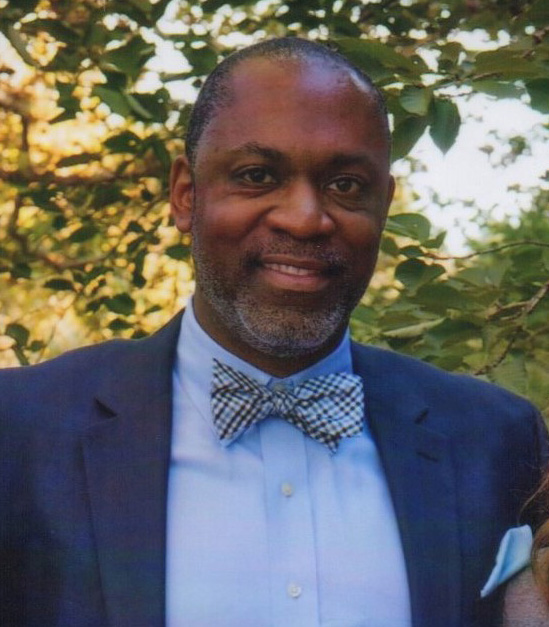 Brandon Jones is the Program Director for education and broadening participation efforts in the National Science Foundation’s Directorate for Geosciences. At NSF, he oversees programs that focus on undergraduate and graduate workforce preparation for the Geosciences and supports initiatives related to increasing diversity and enhancing inclusion and belonging in STEM.Brandon received a BA in biology from The Lincoln University (PA) in 1991 and his MS & PhD degrees in Marine Biology and Biochemistry from the University of Delaware’s College of Earth, Ocean and Environment. He taught five years of high school science in the interim between his MS and PhD matriculation. Brandon currently serves on the board of directors for the American Geophysical Union and the Environmental Leadership Program. He is also a member of the Dean’s Advisory Council for the University of Delaware’s College of Earth, Ocean and Environment. He continues to be an active mentor for historically underrepresented students interested in STEM. 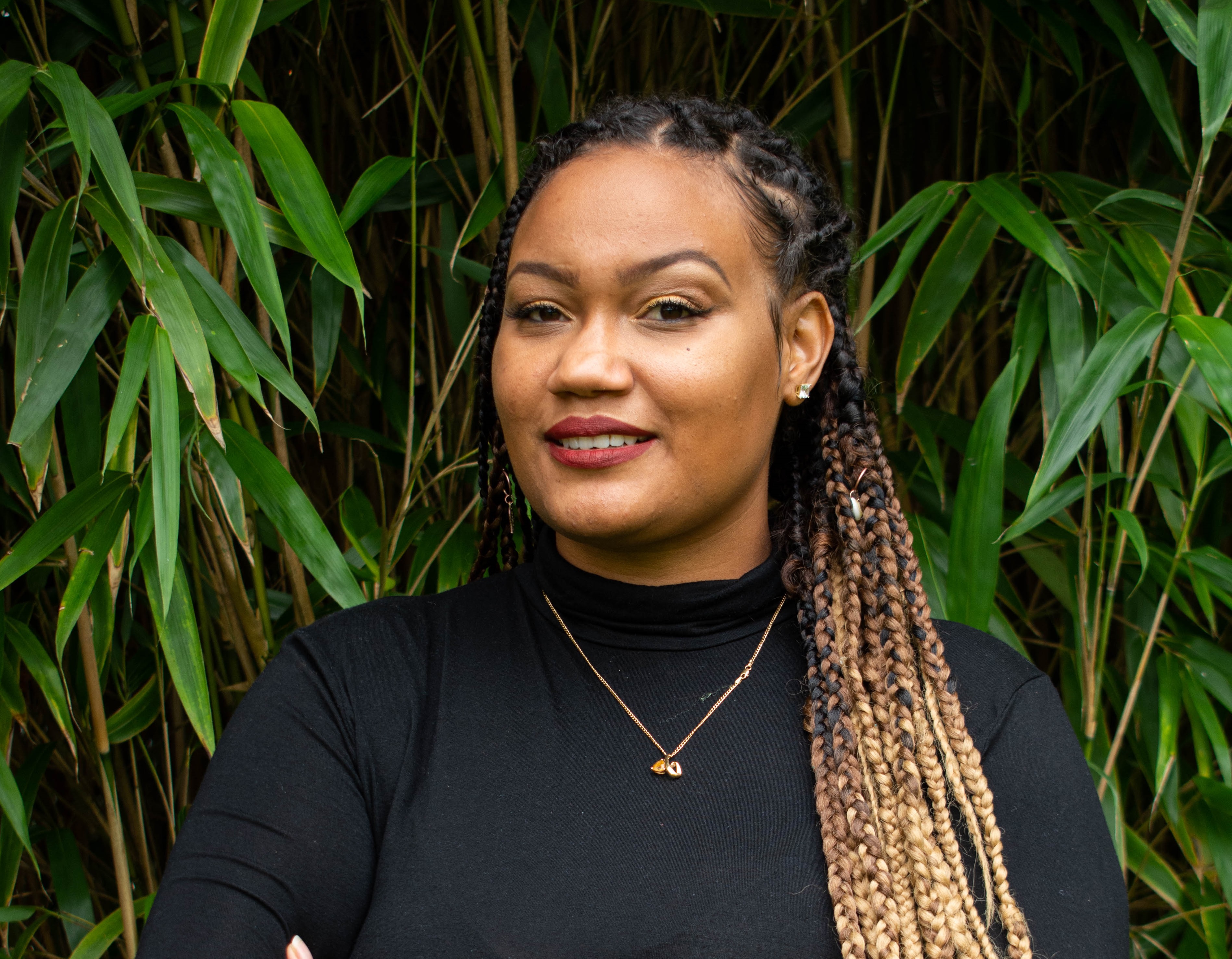 "The ocean isn’t what separated us, it’s what connects us to each other and to nature.”

“She believes the first step in conservation is breaking the myth that humans are separate from nature; humans play a key role in every ecosystem. She aspires to reconnect people with nature by saving the world, one ocean at a time, with one conversation at a time."